This is fucking rich. I think this has to be the most funny shit I've read in a long time...

You see, there was a creationist movie going to play in a theatre. It was called 'Expelled'. An anti-creationist named PZ Myers was not allowed to go see the show.

PZ Myers was stopped by police, being told he was not allowed to see the movie. With a sad heart, PZ Myers was expelled from the line to see Expelled.

No, wait. That is not the kicker. This is so crazy, you'll shit bricks. Yes, it is true PZ Myers was kicked out of the line, but his friend was not. Guess who his friend was? 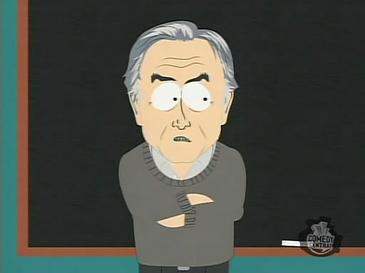 
The Canadian family-run ISP Teksavvy (which is popular among Canadians, precisely because it does not throttle connections) has started noticing that Bell Canada is throttling traffic before it reaches wholesale partners.

According to Teksavvy CEO Rocky Gaudrault, Bell has implemented 'load balancing' to 'manage bandwidth demand' during peak congestion times - but apparently didn't feel the need to inform partner ISPs or customers. The result is a bevy of annoyed customers and carriers across the great white north.


Windows Vista Service Pack 1 (SP1) is an update to Windows Vista that addresses feedback from our customers. In addition to previously released updates, SP1 will contain changes focused on addressing specific reliability, performance, and compatibility issues; supporting new types of hardware; and adding support for several emerging standards. SP1 also will continue to make it easier for IT administrators to deploy and manage Windows Vista.


"Ah, the Japanese... They are so fond of the upcoming Windows Vista Service Pack 1 that they printed toilet paper rolls about it, highlighting its features."


This is really rich. Michael Nygard was held up as security staff gathered around his MacBook Air, trying to make sense of the slender laptop/notebook.

The less technically knowledgeable staff points out the lack of standard features as cause for alarm...


Florida Senator Rhonda Storms, trying to defy the new approved state science standards, has proposed a bill that would allow teachers to contradict the teaching of evolution.

"Every public school teacher in the state's K-12 school system shall have the affirmative right and freedom to objectively present scientific information relevant to the full range of scientific views regarding biological and chemical evolution in connection with teaching any prescribed curriculum regarding chemical or biological origins."

The bill's main focus is on protecting teachers who want to adopt alternative teaching plans from sanction, and to allow teachers the freedom to teach whatever they wish, even if it is in opposition to current standards.

God willing, math teachers will be the next to be freed from the chains of having to teach facts in school.

This work is licensed under a Creative Commons Licence.